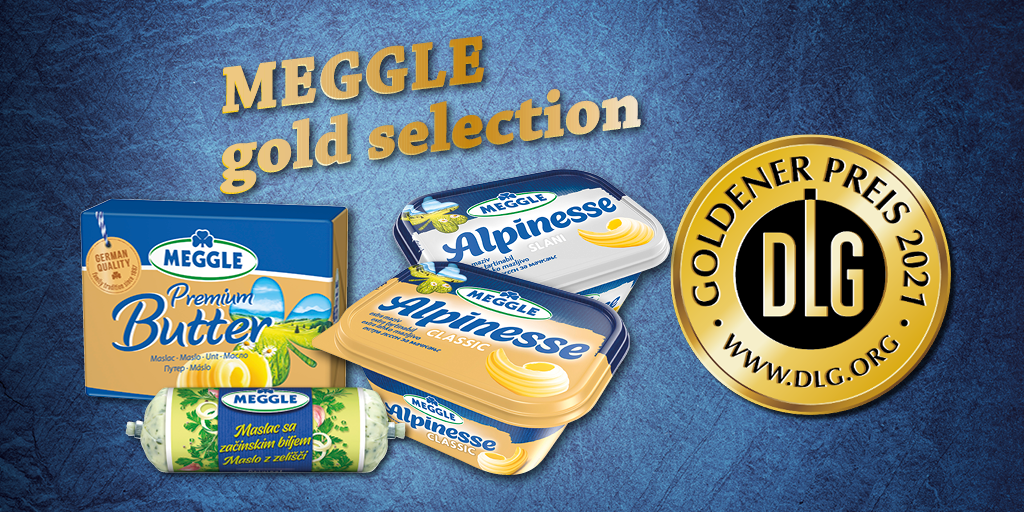 A special honour and recognition of the excellent MEGGLE products:

the Deutsche Landwirtschafts-Gesellschaft (DLG, the German Agricultural Society) has awarded a gold medal to nine MEGGLE dairy products. And especially pleasing is the fact we have achieved a big milestone in the “long-lasting product quality” category.

The on-going pandemic meant there could be no official DLG prize-giving ceremony this year. But nevertheless, we were still delighted to win nine Gold Awards for Consumer Products. For eight of the winning products, this was at least the fifth consecutive year they had been presented with a Gold Award, which just goes to show the consistent tradition and incredibly high quality of MEGGLE products.

Top Quality for the 30th Time

We are also delighted that the DLG awarded MEGGLE the “prize for long-lasting product quality” for the 30th time in March 2021.

These are our award winners from the Spring 2021 session: